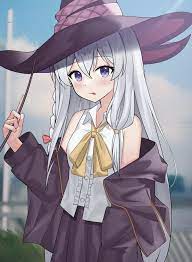 The anime called “Little witch academia” is one of the greatest animes of the witch craft genre. It was created by Yoh Yoshinari. The original film on which this TV show is based on was released in 2013. A second short film was also released in 2015. But the anime debuted on 2017 (January to June). The first 13 episodes of this anime were launched on Netflix. The second season, meaning the remaining 12 episodes came shortly in August after that. It has a rating of 7.3 on imdb and a rating of 8 on Myanime website.

Akko is the main protagonist of this anime. She always abides by the saying “a believing heart is your magic.” These words were told by none other than Atsuko. Atsuko is Akko’s idol in life. And she said these words to Akko during her magic performance years ago. Akko has always dreamed about being a witch, a witch that can make people smile. Her background is non-magical but she still manages to get admission into the Luna Nova Magical Academy.

But her journey after getting into the academy is a like a bumpy ride. She is always reckless and does not stay inferior to her peers at all. She also makes rivals. Her journey is challenging but she relies on her determination to learn magic to compensate for her attitude and behaviour. She slowly learns the true meaning of being a witch.

Crunchyroll listed this anime in the list of top 100 animes of 2010’s.

This series got rated for giving strong messages about “self confidence.”

The creator of this anime stated that his favourite character is Ursula.

This series in america is premiered to be a Netflix Exclusive only.

Andrew and Akko were supposed to end up together but the writer hated it.