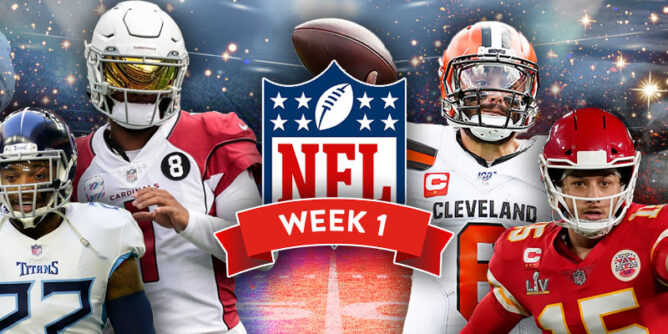 Are you looking for ways to get ahead with the bets that you place this NFL season? Do you want to make sure you’ve got all the biggest games circled on your schedule? If so, then you need to learn all you can about the best NFL teams in 2021.

Doing so can help you learn about the NFL team rankings and how they apply to your favorite team. This can also help you get ahead with your sports bets and NFL fantasy football leagues.

See below for an in-depth guide on who to watch this season and why each of these teams made our list!

Seriously… they brought back everyone. They placed a Franchise Tag on Chris Godwin to keep him in a Buccaneers uniform for the 2021-22 season; They signed Shaq Barrett, a coveted free agent, to a long-term deal; they resigned Lavonte David (the heart of their defense) to a two-year deal as well.

They also brought back Brady’s long-time buddy, Rob Gronkowski, one of the most feared D-linemen in Ndamukong Suh, and 2021 playoff hero Leonard Fournette.

Brady has all of his weapons back with an offense that, unlike last year, he’ll fully understand during game 1. The young defense has another year under their belt, with hard-hitting young guns like Devin White and Jordan Whitehead. Don’t forget about their second-year ballhawk, Antione Winfield Jr.

This season won’t come without its challenges, however. They start the season by hosting Dak Prescott and the Dallas Cowboys. They have tough matchups against playoff contenders such as the Buffalo Bills, Indianapolis Colts, and LA Rams.

Not to mention that they compete in the NFC South, a conference that is notorious for beating up on each other. If the reigning champions want to defend their crown, they’ll have to prove that their playoff win against the New Orleans Saints wasn’t a fluke.

Chiefs Kingdom suffered an embarrassing loss in last year’s Super Bowl, but as long as Patrick Mahomes is their Quarterback, there is always a reason for optimism.

Just like the Tampa Bay Buccaneers, Kansas City is essentially bringing everyone back. They’ve still got most of their speedy receivers, except Sammy Watkins who left for Baltimore. No offense to Sammy, but they should be just fine considering that Tyreek Hill gathers the yards of 3 receivers in most games.

While they didn’t record a sack in the Super Bowl, don’t sleep on the Chiefs’ defense. They’re bringing back stud Defensive Ends in Chris Jones and Frank Clark, as well as one of the best safeties in the game, Tyrann Mathieu.

Here’s the test for the Chiefs: can they maintain their dominance against the other teams in the AFC West? All three of the other teams (Raiders, Chargers, and Broncos) significantly improved this offseason, and the Chiefs are the hurdle that they’re all looking to jump.

Listen, we don’t care what kind of drama that Aaron Rodgers and the front office went through this offseason; as long as he’s their QB, we aren’t betting against them.

Most people forget that the Packers were a fourth-down decision away from making a total comeback against the Bucs in the NFC Championship Game; a game the Bucs were up 21-10 at the half.

Aaron Rodgers can turn any receiver into a superstar, plus he has Davante Adams to throw to, who’s proven to be one of the best young receivers in the game. He’ll be looking to add to that reputation this year, especially considering it might be the final one with Rodgers as his quarterback.

They still have a stout defense that can sack you from either side, thanks to the talents of Outside Linebackers Za’Darius Smith and Preston Smith. Opposing Quarterbacks dare not throw to the side of the field that Jaire Alexander is covering. Can the other team keep up with how much the Packers are going to score this year? Very few can.

The Buffalo Bills made it all the way to the AFC Championship game last year, where they were mercifully beaten by the reigning Super Bowl Champions; there’s no shame in that.

However, Josh Allen now has a taste for a playoff run. There’s no denying he’s the real deal, and he seems to have a legitimate connection with Stefon Diggs, his top wideout.

Just like the Packers, the Buffalo Bills have a shutdown corner of their own in Tredavious White and a defensive-minded coach that loves to send the blitz. There’s no reason the Bills shouldn’t be back in the AFC championship game this year. So, get your adrenaline racing by purchasing Buffalo Bills tickets early to see your favorite team live on the field.

The Cleveland Browns made tremendous strides last year. All those years of drafting the right guys, trading for key pieces (like Jarvis Landry) and signing key free agents finally paid off.

They fell victim to the tough confines of Arrowhead Stadium to end their season last year, but they’re hardly the first team to do that. NFL predictions state that Arrowhead is one of the toughest places to win for Away teams.

Baker Mayfield is as fiery as they come, and he’s got his sights on the Promise Land. With elite receivers at his disposal and a tough defense behind him (led by Myles Garrett), opposing AFC teams should never overlook the Brownies.

Whether you agree with our top 5 list of the best NFL teams for 2021 or not, there’s no denying that each of them will be fun to watch this season.

Be sure to browse our website for more articles on NFL power rankings, as well as many other sites that you will enjoy.