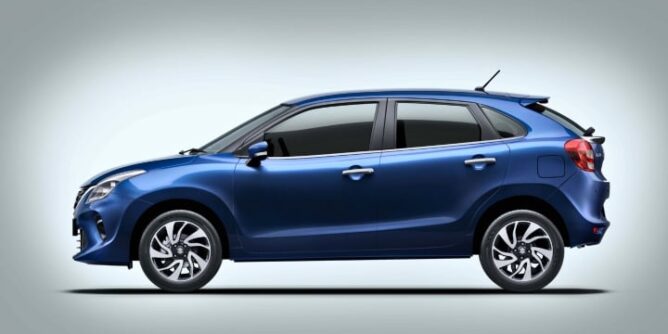 If you’re a student, you’re almost certainly going to be looking for a 2nd hand car. Of course it’ll need to be cheap to buy and run, but you can get something you’ll actually be proud to own, even if you’re spending less than £5000.

You can avoid getting ripped off by finding out the value of the car you’re interested using an online valuation tool, and you should look out for something well maintained and in good overall condition.

We’d also recommend checking out how much the car will cost to tax every year using the DVLA website. Some cars in budget will cost next to nothing every year, whilst others could cost hundreds.

They are loads of examples of the Mk3 Ford Focus out there, with it being a safe, reliable and well equipped option with decent tech. They’re cheaper than you’d think, so finding a 2012-2015 model with less than 100,00 miles is easy.

Those worried about diesel bans should opt for a 1.0T Ecoboost petrol with low miles. It’s a punchy and frugal choice.

It doesn’t matter if you’re on a classy street or outside student digs, the Volkswagen Golf fits in everywhere. It holds onto its value well, is reliable, comfortable and even handles well. Servicing can be pricey, though.

Good cars start from £4500, and there are practical estate and Golf Plus MPV models. Bluemotion diesels give the best economy, although the punchy 1.0 and 1.4 TSI engines are great petrol options.

The Vauxhall Astra was heavily discounted when new which means it’s a bargain used buy. It’s also the only car on this list that’s still available new from dealers.

It’s well screwed together inside and there’s plenty of space although it’s not particularly exciting. Still, you can get a low mileage 2016 car well within budget, making it a sound buy.

Consider a less popular alternative to our obvious choices and there’s the potential to bag a proper bargain. Not only could you end up with a newer, lower mileage car for the same budget, it’ll stand out a bit more in the uni carpark.

The Honda Civic is commonly found with the fuel-sipping 1.6-litre i-DTEC diesel engine. It’s cheap to buy and tax while reliability is a Honda hallmark.

You’ll find the BMW 1 Series drives every bit as well as you’d hope and that badge is a desirable one. If interior space is a priority there are better options, and it’s pricey, though.

You got a five-year warranty with the Hyundai i30, so many were bought by careful private buyers who looked after them well. It’s a sensible purchase, and one which gives nothing away in terms of quality or dynamics.

You’ll find this generation of Renault Megane for less than £2000, and its 1.5-litre dCi diesel is frugal with low tax. Despite being cheap, it performed very well in crash tests making it a reassuringly safe choice.

The SEAT Leon is based on the Volkswagen Golf, but it’s a sportier, more interesting choice. The interior isn’t as nice, but it’s good to drive and cheap to run.