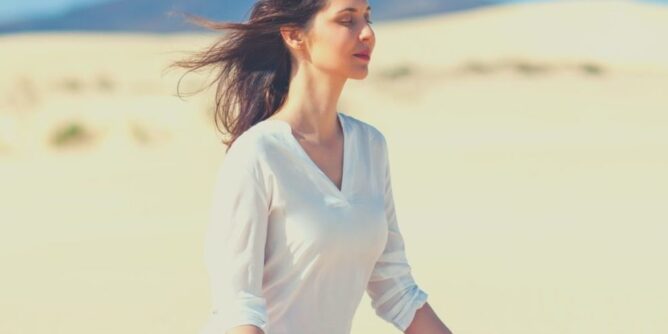 What makes us look at our lives, our relations, and the nature of things?

Most of us may not even know that the words “spiritual” and “religious” are quite different from each other. Yet, these meanings often give way to confusion, as a lot of people may interchange both words without knowing about their differences.

This article aims to explain the differences between spiritual vs religious.

The Etymological Roots of “Spiritual” and “Religious”

The key difference between spiritual and religious lies in their etymological roots. Spiritual comes from the Latin root word “spiritus,” meaning “breath,” whereas religious comes from the Latin root word “religio,” meaning “to bind.” Thus, spirituality is more about one’s relationship to the breath of life, while religion is more about one’s bindings or obligations to a system.

This distinction is important because it highlights the individualistic nature of spirituality as opposed to the collectivist nature of religion. For example, someone can be spiritual without being religious, but someone cannot be religious without being spiritual. This is because being religious requires accepting certain beliefs and practices while being spiritual only requires a personal connection to the divine.

How These Words are Defined by Different Dictionaries

The word spiritual can be used in many different ways. It can refer to a person’s innermost thoughts and feelings, or it can describe things that are not physical, such as love, hope, and faith.

The word religious, on the other hand, usually refers to the belief in and worship of a god or gods. Religious people often have a set of beliefs and practices that they follow, such as attending church, praying, and reading religious texts.

The General Consensus on the Meaning of Spiritual vs Religious

The consensus on the meaning of religious vs spiritual is that religious refers to a set of beliefs, practices, and traditions while spiritual refers to a belief in a nonphysical reality or a connection to something greater than oneself. However, there is much more to these words than meets the eye.

How Spiritual and Religious People View the World

Spiritual people, on the other hand, tend to question everything. They may believe in a god or gods, but they are also willing to consider the possibility that there is no god. They are open to new information and new perspectives, and they are always searching for truth.

If you’re not sure which category you fall into, it’s okay! There is no right or wrong answer, and you can explore both spirituality and religion in your way.

Did you enjoy this spiritual vs religious article? If you do, make sure to check out our blog for more on this topic.