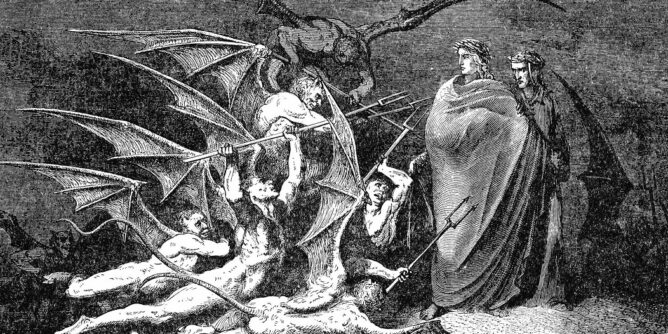 There are over 2.3 billion Christians in the world, but many don’t know about demons.

Demons are fallen angels who rebelled against God. Their exile to hell was for their transgressions and they have dwelt there ever since. There are many different demons to learn about, each one having its own specific nature and powers.

Let’s take a look at the types of demons that exist in the Christian canon, and what you should know about them.

Much of the knowledge that we have on the existence of demons comes from ancient sources. Theologians, monks, and scholars who studied demons compiled vast knowledge about them. The name of this study is demonology, and it was a major area of study during the medieval period.

In the modern Christian faith, few people understand or learn about demons. Many believe that the demons of hell pose no threat to humanity. The reality seems to be different, with demons even posing as angels of light to influence mortals.

What comes to us from the study of early scriptures is that not all demons are the same or equal. They were all once servants of God who betrayed the heavens. There is a set number of demons. No new demons emerge or can procreate.

In classic demonology, books exist that detail the structure and hierarchy of demons. This knowledge comes from a variety of sources, including such famous books as the Lesser Key of Solomon. Part of this larger work, known as the Ars Goetia, details the names and ranks of 72 demons.

In these works, demons rank based on their title. From King, Bael, to Princes, Lords, Earls, Knights, and so forth. Each was named in this, and it was recorded how many legions of demons followed them.

Other sources have named and indicated other ranks, with one of the most popular of these being the works of Bishop Peter Binsfeld. In his work, he lists the Princes of Hell as being connected to deadly sins. A major demon in his writings is Beelzebub, which you can look here for more about.

While a lot of Christians have forgotten about the various demons and their ranks and orders, it is clear they still exist. There will never be more or less of them, and only through faith can they be contained or weakened. This was clear to early church Fathers and luminaries such as Thomas Aquinas.

It is clear that demons continue to tempt and encourage sin in mortals. They delight and revel in seducing souls to do the evil of their liking. Each different demon is connected to a different type of sin, or set of sins.

From the highest to the lowest, the different demons serve as both a cautionary tale and a real threat. Once Angels of the Lord, these wayward spirits have been twisted and removed from God’s light. Knowing how they operate and faith are the key to removing their influence from our lives.

If this article was helpful, please take a moment and check out our website for more information about the Christian faith.