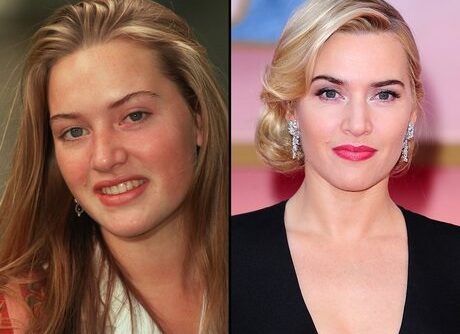 When you think of the 90s, you may think of Tamagotchi, Bart Simpson, AOL, or Blockbuster because these were just some of the things that had their peaks 30 years ago.

You might also remember some of your favorite television shows or movies from the 1990s, especially since so many classics were released that decade. As time has passed, the actors and actresses from these productions may have vanished from the spotlight.

What happened to the forgotten 90s actresses that seemed like they were going to be stars forever?

Keep reading to get a refresher on 9 of these actresses and when they left the limelight.

Even if you don’t know her name at first, you would recognize Thora Birch from her many roles as a child in the 1990s. Some of her roles included Patriot Games, American Beauty, and Hocus Pocus.

Her performance in American Beauty actually won her a BAFTA for Best Actress in a Supporting Role. She is still performing and has gotten roles in television shows over the years that you may have seen her in, including The Pregnancy Pact and The Walking Dead.

After her start in The Secret World of Alex Mack, which ran for 4 years, Larisa Oleynik had a starring role in the film 10 Things I Hate About You. You may also recognize her from a recurring role in 3rd Rock from the Sun.

However, after the 90s, Larisa has kept a fairly low profile. She is still involved with show business, but not to the degree she was in the 1990s.

Brandy was a huge figure in the 90s, as both a singer and actress. She had a show called Moesha, and she also had a big role in the movie I Still Know What You Did Last Summer. You may also remember her in the made-for-TV version of the film Cinderella.

After the start of the 2000s, she lost some of her notoriety but continued to have television roles. In 2010, for example, she was a performer on Dancing With the Stars.

In the mid to late 90s, Fairuza Balk was in many high-profile productions, including The Waterboy, The Craft, and American History X. She’s continued to act since then, but none of her roles have been quite as impactful as they were during this time period.

She’s had roles in indie films and television shows since the 1990s.

As with many of the forgotten actresses listed here, Linda Fiorentino was a star on the rise in the 1990s, but the flame has burnt out. You may recognize her from roles that she had in Men in Black or Dogma.

Unfortunately, Linda had developed a reputation for being difficult to work with on set. Since 2009, she hasn’t been seen by people on movie or television screens.

Tatyana Ali is most popularly known for her role as Ashley Banks in The Fresh Prince of Bel-Air. Once the show wrapped, she released a recording album, titled Kiss the Sky, but has since returned to focusing only on acting.

She’s had some roles in Hallmark movies and some television shows, but none of them have compared to the level of fame she received from The Fresh Prince of Bel-Air.

While most may remember Neve Campbell from her roles in the Scream movies or Wild Thing, she actually got her start with a modest level of fame from the television show Party of Five.

She has continued to act, with roles in shows like House of Cards, but none of these have reached the same success or fame she had in the 1990s.

Websites like Facts Verse can give you more information about what Neve has been up to, especially since she was in the news more recently as she reprised her starring role in the remake of Scream.

After the success of the movie She’s All That, most people thought that Rachel Leigh Cook was destined to become a movie star. However, with the flop that was Josie and the Pussycat Dolls, this dream seemed to come to a screeching halt.

Although Rachel Leigh Cook hasn’t been in as many big-name movies as she may have wanted, she has started in several popular TV shows in various roles, including Psych and Robot Chicken. She also had a starring role in Netflix’s movie Love, Guaranteed.

It’s hard to imagine Alicia Silverstone ever topping her role from Clueless, which is what made her such a big name in the 1990s. Her roles in Batman & Robin and Blast from the Past were also big hits during this time period.

She has gone on to do a lot of voiceover work, as well as made-for-TV movies, but she hasn’t yet found something that will propel her back into the spotlight.

With all of the Hollywood news and celebrity gossip out there, it’s easy to forget about famous actresses that starred in some of the television shows and movies we’ve loved.

All of these forgotten 90s actresses have continued to have lives and careers past some of their most notable roles. And, who knows, perhaps they will have a second wind of celebrity and stardom yet!

If you liked reading this article, be sure to take a look at the rest of our website for more Hollywood news.