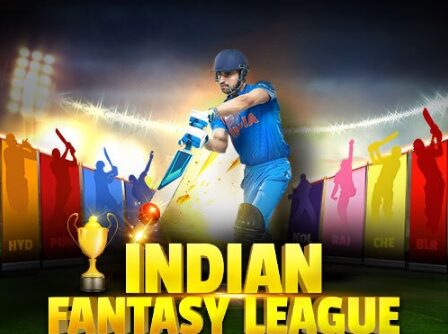 Fantasy cricket is a popular online game for enjoying cricket wherever and whenever you want on your devices. This is the name of an existing game which is getting famous day by day due to its exciting features and attracting money making leagues. One can win a huge amount by just winning a league with ease and smartness.

It is a game which can be played by anyone whether an expert or a newcomer in the world of digitalization. But, apart from its easy mode, the player needs smartness and should know some tricks while playing paid games as the player has invested to play. As they play fantasy cricket for money.

That is why every gamer wants to know some tricks of things that can increase the chances of winning fantasy cricket leagues. Here are some ways which can maximize this chance and can give you an experience of winning.

1.     Keep rules in mind: The most basic yet crucial part of any game is to read and learn the rules of that game. Without knowing the rules and process of playing no one can be a master as he will be not able to play it effectively and loses the chance of winning. After reading and analyzing one can play the game with attentiveness and knowing all the formations. It is the most important criteria according to which one can make the team in any kind of fantasy game.

3.     Team formations: Team plays a very important role in this game. As this is a game depending on teamwork and performance of not only the captain but also of the whole team. So it is very important to take a few such players which can have a better strike to increase points and maximize the chance of winning. Due to high strike rates and good performance one can definitely win the game.

4.     Know your team: team formation is very important but apart from that another thing which matters is to know about your team and know the ability of each and every player of the team. Whether it is bowler, batsman and fielder. Also know the player among all who can control pitch and known to excel on the pitch conditions of the match.

These were some basic tricks to win a fantasy cricket league and make your way towards more such victories.

Gone are the days, when you can only play cricket on the field or streets. The technological era has completely changed the way we think of enjoying our favourite games. Now you can easily play cricket at your office or home at convenient times by just following fantasy cricket tips.

Just imagine how a real cricketer helps you to win points through his real performance on the field. Nothing sounds better than this one. Absolutely yes, the fantasy cricket game has completely revolutionised the manner in which we used to enjoy cricket a few decades back. The game might be a virtual one but you need to stay abreast of the recent events happening in the world of cricket to be a champion here.

There is a restriction on picking more players from the same cricket squad. Usually 7 players are allowed when the game is played between 2 teams while the maximum number of players is limited to 2 when multiple teams are participating in the league.

The excitement and euphoria of cricket fans reach a newer height with each passing day in big tournaments like the IPL. In such times the fantasy cricket league is started to give fans maximum moments to rejoice seeing their selected players scoring high runs at the real event and this helps the user to gain some points too at the virtual league. This game is very easy to play and participate in. You just need to be in love with the game so that your skill helps you in selecting the most appropriate team. Every user in this virtual game has the propensity to succeed provided they use their skills judiciously.