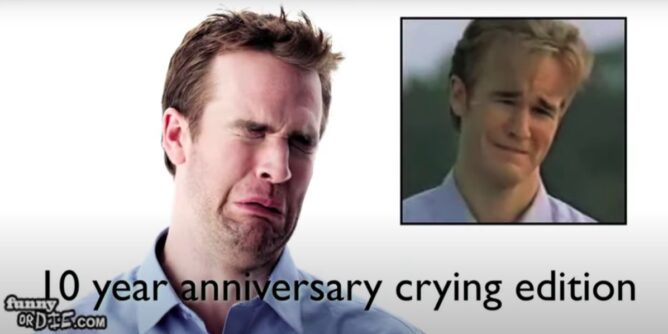 Are you wondering what are today’s popular memes?

Memes are an idea or a symbol of a particular phenomenon. They send simple messages, often using funny and quirky jokes. However, they went beyond their role as humorous puns for day-to-day affairs.

A good meme can always make things better. Want to catch up with the most current popular memes? Here is a short compilation of the popular memes of the year:

One of the most popular memes features Bernie Sanders. Sanders is a popular politician because he often accidentally turns himself into a meme.

Bernie Sanders’s appearance at Presidential Inauguration became a meme sensation. He arrived as a witness when Joe Biden was sworn in, wearing an oversized trenchcoat and mittens. He looked grumpy yet endearing, slouching on his seat.

As people reel up to their homes due to the lockdown, TikTok became a trending social media platform. It’s where people perform skit or dance challenges using aligned songs. However, for a brief part this year, sea shanties enveloped the platform.

It all started when a Scottish postal worker posted a video of him singing “The Wellerman.” The skit soon rose to popularity, with more people making covers and remixes of various sea shanties.

The Star Wars franchise always contributed its share of memes. It all varies in context, from Darth Vader’s mournful cry to Yoda’s scene training Luke.

The newest addition to their memes is from a scene from Star Wars: Episode II. It follows a four-panel set-up with a punch line resulting in a horrified reaction of Padme. You can make these memes on free meme templates websites.

An Imposter Among Us

Among Us is a game with a generous contribution of memes, both this year and the previous one. It’s a game of strategy, deduction, and lies since your objective is to find out the imposter. For the imposter, their role is to kill all the crewmates.

What makes Among Us one of the most popular memes is the way each character acts in every meme. They often get into either awkward and hilarious or dark and demented templates.

Currently, one of the most trending and popular memes is the “family” meme. The meme is from the Fast and Furious franchise. Its main point is that with family, everything is possible.

The punchline is when the main character, Dom (Vin Diesel), finds himself in absurd and dangerous situations. However, because of “family,” he thinks he can overcome it.

Know and Use the Newest and Popular Memes Today

We hope this guide helped you in knowing the popular memes of this year. Don’t let a bad day ruin your overall mood. Look at trending popular memes and enjoy the laughs.

Do you have another social trending question? Check out our content today and get answers.