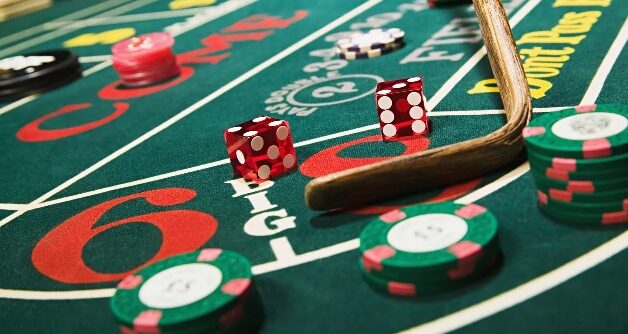 For centuries, people have enjoyed gambling in some form or another, and the first casino was opened in 1638. Some casino games like roulette, blackjack and baccarat have been around for a very long time, and they haven’t changed much since the early days. They have delighted and entertained players for hundreds of years and continue to do so today. Here are some casino games that are not as new as you might think.

The roulette wheel appears to be based on the work of scientist Blaise Pascal who was in search of a perpetual motion machine. A novel by Jacques Lablée describes the use of a roulette wheel for gambling at the Palais Royal in France as early as 1796. By the 19th century, it had become a very popular game played mostly by the elite.

The roulette wheels had red for a single zero and black for a double zero. The Blanc brothers introduced the single zero-style roulette wheel in order to compete against other casinos using a traditional wheel.

Play Gun Lake Casino offers both European roulette with the single zero and American roulette with the double zero and many other casino games. This includes other table games like poker and blackjack, as well as online slots. People can play in the casino or online to try and crack the secrets of this fascinating game.

Blackjack is another popular game with a long history. The origins of blackjack are often hotly debated. A popular theory is that the game originated in Spain. Miguel de Cervantes, Don Quixote’s author, mentioned a game in a novel published in 1601 where two players were attempting to get twenty-one points. Vingt-et-Un (21) was a popular game enjoyed by the elites in France, and Napoleon Bonaparte was a fan. The game made its way to the U.S. in the late 19th century, where it became known as blackjack.

Before playing blackjack, players will check out the odds before deciding to go for an extra card. When determining betting odds, a casino looks at the payoff for a bet and compares it to the probability of the event occurring.

Playing cards originated in China thousands of years ago. Today people enjoy playing card games all over the world. People love gambling with cards, and Baccarat is a popular game in casinos today. In the 1400s, it was a popular game in Italy called ‘baccara’ which means zero. It was named this way because all the face cards and tens were worth zero. It spread to France, where it was often played in private rooms by the French elite. In the 19th century, some version of Baccarat was played in most European countries.

It was the English version that became popular in the U.S., and it was known as American Baccarat. It is interesting that Baccarat has now become a popular game in Macau, China. All the versions of Baccarat have more or less the same rules, but there are different ways of dealing with the cards.