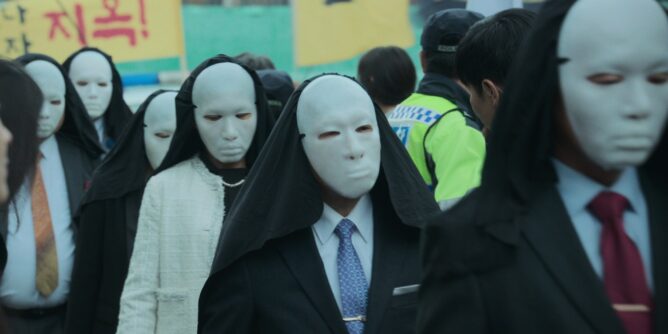 You may think that you have watched all that Netflix has to offer, but you are wrong. Here is a list of the best Netflix shows you may not have heard of before. So sit back and relax as you watch these shows on your Television. If you are looking for getting your television wall-mounted, you can contact professionals by clicking here

Based on the series by Marget Atwood, the story follows Grace, an Irish immigrant in Canada. She is full of life but poor, which makes her the perfect target for getting wrongfully blamed for a murder. Accused and sentenced to prison, she has lost all hope. That is before a young American doctor/psychiatrist is sent to analyze her mental state, 15 years into her life imprisonment. The drama is highly rated and, surprisingly, not many people know about it. The beautifully told drama features amazing actors and a very intricate storyline.

Everyone has heard about the great explorer Marco polo and his journeys and adventures. Marco Polo follows the story of the explorer as he stays with the Mongols, under emperor Kublai Khan and how greed, lust, and betrayal shape his ranks and life as he shifts from leader to prisoner to leader again. Marco Polo showcases Kublai Khan as he extends his empire further than ever before, discovering new worlds and new betrayals. The second season is now out and even better than the first one. So if you are looking for a historical drama that keeps you gripped to your seat, Marco Polo is the way to go. And with a colossal budget of almost $100 million, it has some amazing graphics and scenes that will leave an impact.

Easily one of the best Netflix shows right now, The Get Down probably did not get the hype it deserved, which, we are guessing is because of the extremely boring first episode. However, if you manage to sit through it, you will find yourself with a new comfort series. The show narrates the story of Hip-Hop in New York in the 1970s, a time when the city was broken and struggling. Featuring the work of Catherine Martin, a four-time academy award winner, and Nelson George, who is known for his work in hip-hop history, The Get Down follows the lives of youngsters who discover a new music form that arises from the broken people living in the broken city. Even if rap and hip-hop are not your favorites, you will find yourself loving this musical drama.

A thought-provoking series that is very relevant, especially in today’s world. Are the institutions that are meant to protect us trustworthy? The series explores this as it follows a white police officer and his squad as they attempt to hide the murder of a black teenager. Filled with fear of the consequences of the cover-up being exposed, they battle themselves. The tale of racial bias in institutions will take you on a journey that makes you wonder and question.

How to sell drugs online

Ever wondered if a nerd can become a drag king? Well, this show is exactly about that. Based on true events, the show follows Moritz, a high schooler in Germany who starts the biggest drug market in Europe, all in an attempt to impress his girlfriend who has just got back from the USA. The show focuses on Moritz’s creepy side and how his brain works, making for a very interesting plotline. One of the best Netflix shows, How to sell drugs online will keep you on the edge of your seat. Click here for more.

We know you might be thinking that most shows borrow and twist plotlines from others and there are no “original” shows. However, Glow is going to change your mind. Coming from the creators of Orange Is the New Black, it has an all-women’s cast, it follows the story of Alison Brie, who has had a failed career and as a last resort has thought of an absurd idea- a crazy wrestling show. Deciding to call it t “Gorgeous ladies of wrestling”, she embarks on a journey that will change her life. Funny, absurd, and nothing like you have ever seen before, this show is going to make you love every moment of it.